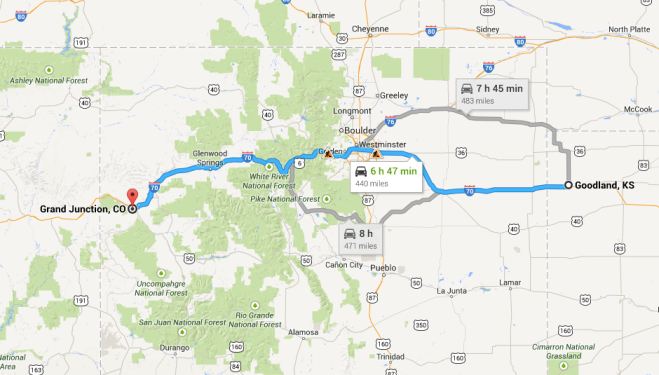 Today was set to be the longest drive of the trip, and the weather wasn’t looking good. It was cloudy and weather channels said it would probably rain.

The storm clouds rolling in.

After crossing into Colorado, the landscape was still flat. Colorado was drier than Kansas, which was really humid, with the heat index sometimes going above 100 degrees.

About halfway through Colorado was Denver, the capital of and the largest city in Colorado. We walked around Confluence Park, which was a park surrounding the joining of Cherry Creek and South Platte River. I was very impressed by the cleanliness of the park. A large mural underneath a bridge was clean and graffiti free. 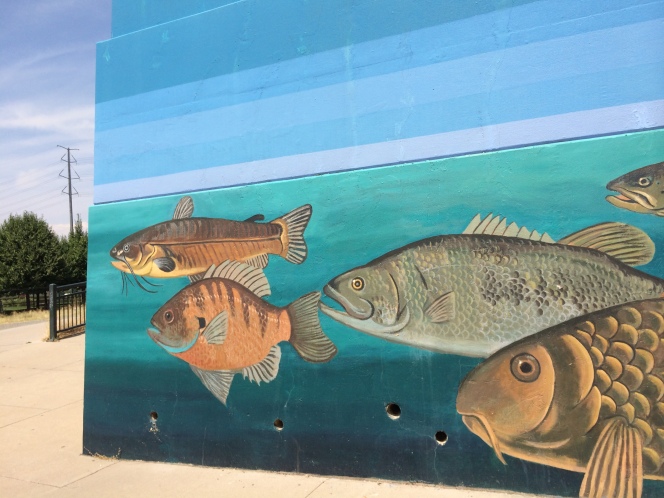 There were TONS of cyclists and runners going back and forth along the rivers. People were sunbathing on a small slab of beach and many people waded into the strong currents of the converging rivers. 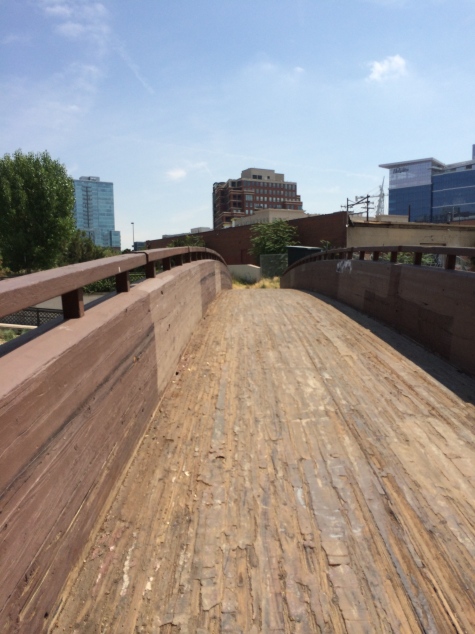 After walking around in the hot sun, we drove downtown to find a restaurant for lunch. The thing that impressed me the most about Denver was its architecture. None of the buildings were big and grey and they all looked organic and natural.

Unfortunately we had to rush to Grand Junction by night and that was on the other side of the Rocky Mountains. The weather was worsening as well.

I took this picture just as it began to rain. 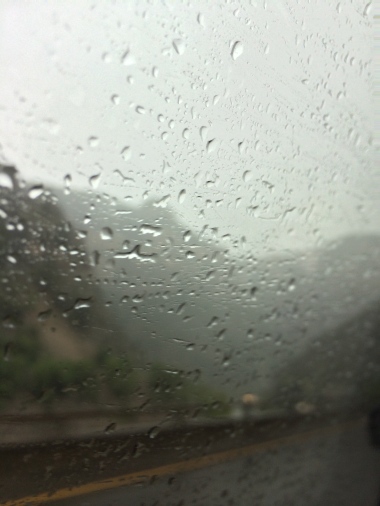 The weather ruined my photos of the mountains.

Today’s drive took around 8 hours because of the bad weather conditions and winding roads in the Rockies. We were exhausted and bought some fresh fruits and vegetables for a hotel room dinner. 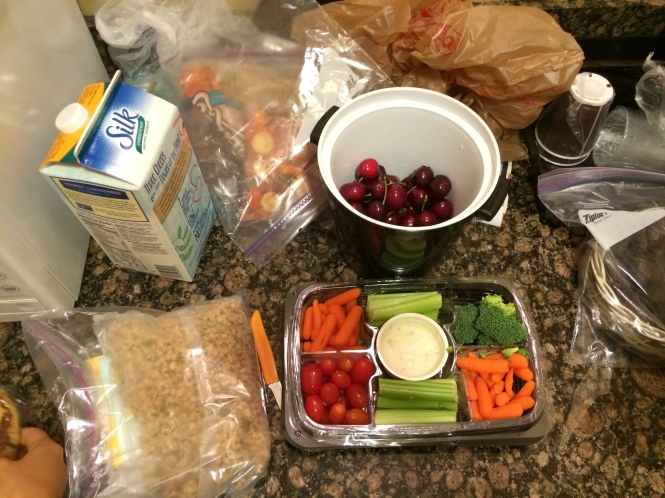 Cherries and a vegetable platter.