First of all let me explain the difference between jackfruit and durian.

My uncle once said that to pick out a ripe jackfruit, squeeze it with both hands to see if it gives. The softer the jackfruit, the riper it is. 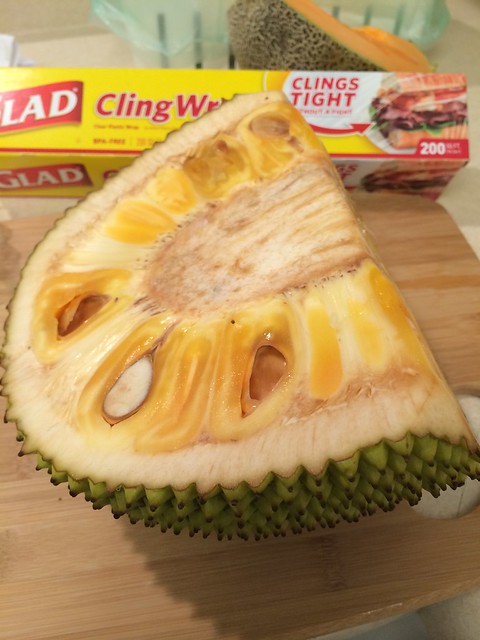 I’d always heard from my dad that jackfruits have many edible pods inside them. I could picture the pods in my mind but had no idea what would be surrounding the pods. A liquid like juice? Or is it hollow inside?

I’ll try to illustrate what a jackfruit looks like once opened through some photos, but of course, you’ll understand the jackfruit much better if you see it in person. 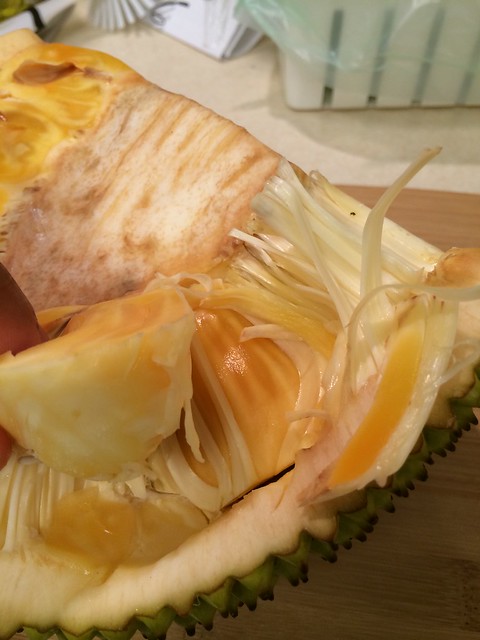 What separates the pods inside a jackfruit are hundreds of these strips of white things, and they are smooth and almost elastic. My dad said that when he was younger, in India, people would bake these white strands into chips to eat later, so I saved a pile of the strands on the side. 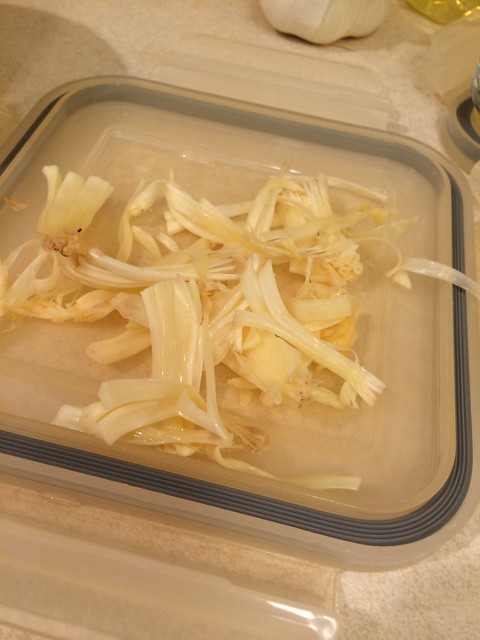 So the pods are separated by these white strands, and each pod is about the size of a giant strawberry. Inside each pod is a semi-round seed the size of a nickel. The seed is usually covered by a semi-soft cover that I spit out but probably could be eaten along with the pod. 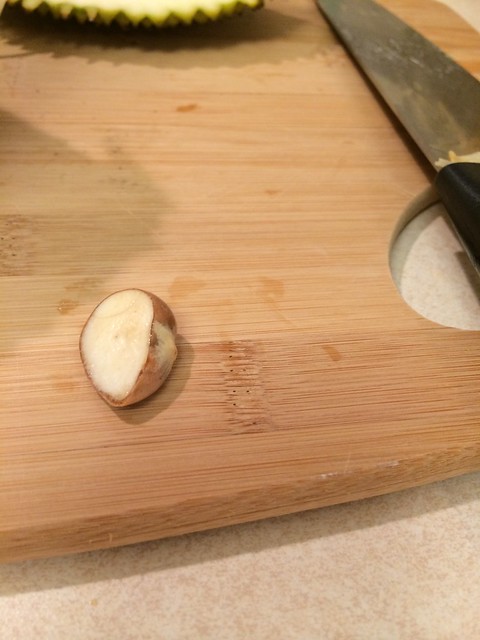 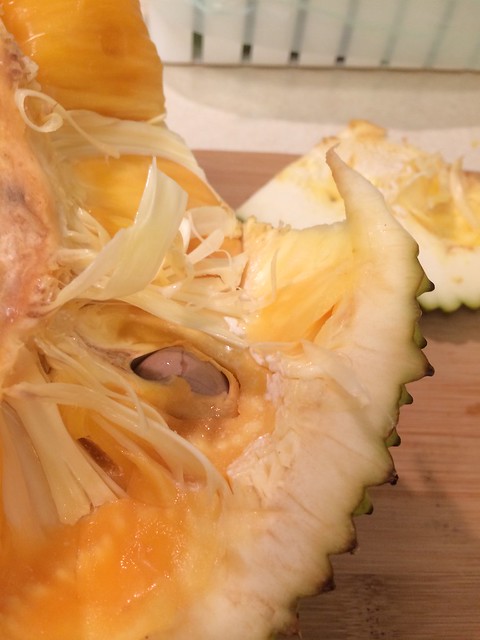 If you’re really tearing at the jackfruit you’ll usually see the seed exposed like the photo above.

I used a knife half the time. This might’ve been a mistake because as soon as I cut into the white strands near the base, close to the skin of the jackfruit, a white glue-like substance appeared where the knife cut the flesh, and things got sticky from then on. I heard two days ago from my aunt that people in India often cover their hands in oil before removing the pods from a jackfruit. The white glue was so sticky that eventually I gave up on removing pieces of the jackfruit from my fingers and just plowed through my job of pulling the pods out of the jackfruit. 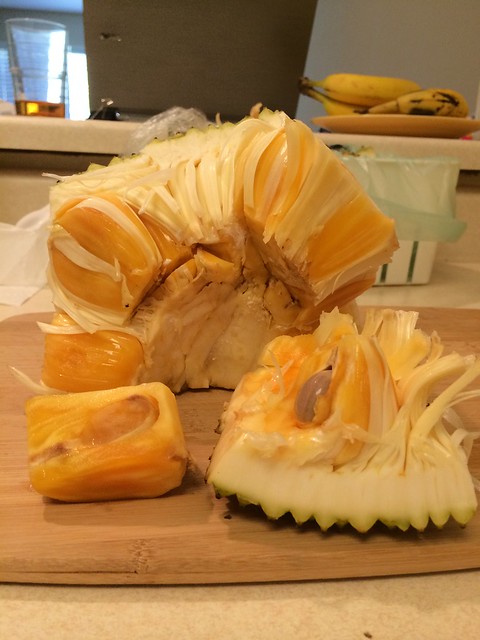 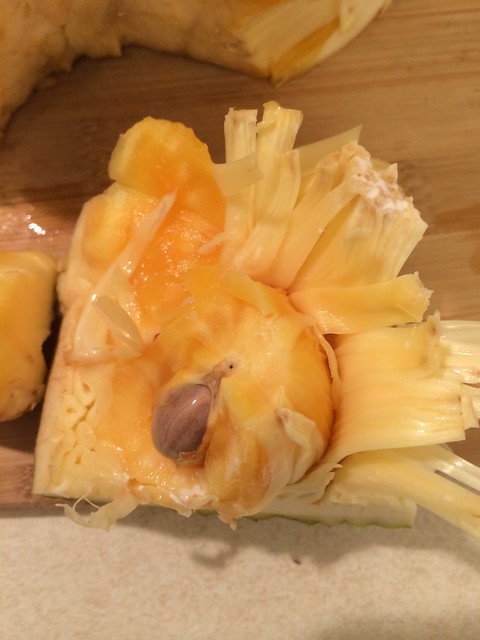 I was sure that I didn’t have the right technique for preparing jackfruit. Towards the end of the process I felt like I was dismembering and dissecting an alien corpse. It was a cool experience, and I got to eat a pod once in awhile while working.

Done!!! The bowl of pods went into the fridge for later and the white strands on the right were saved for the oven.