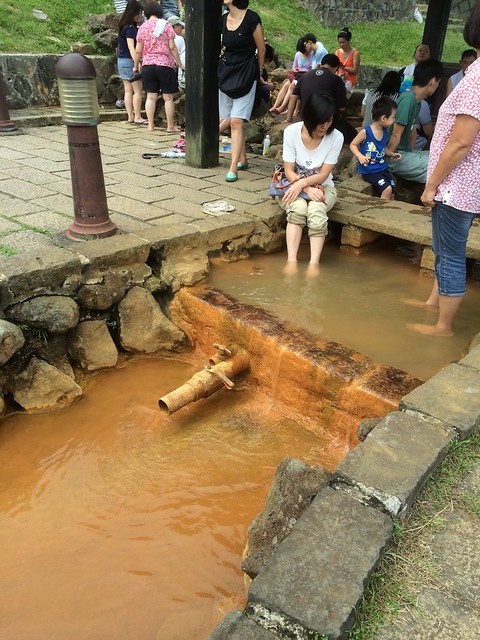 I visited Yangming Mountain National Park which gave me the best view of Taipei that I’ve had so far. Before getting to the good view, we stopped at some hot springs and we dipped our feet in the hot water. 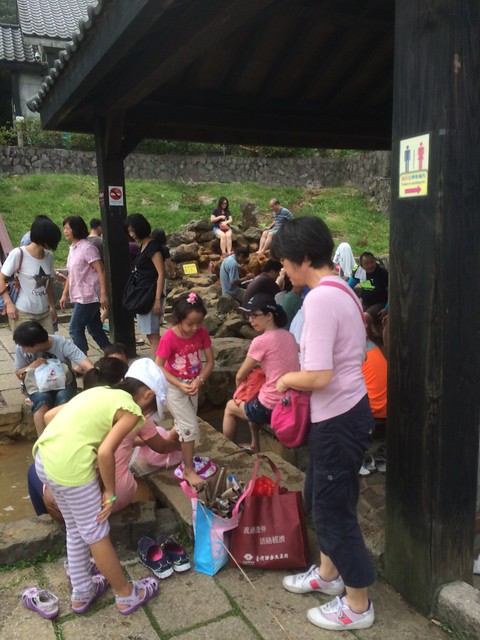 It took a few seconds for my feet to get used to the heat and then I was fine. 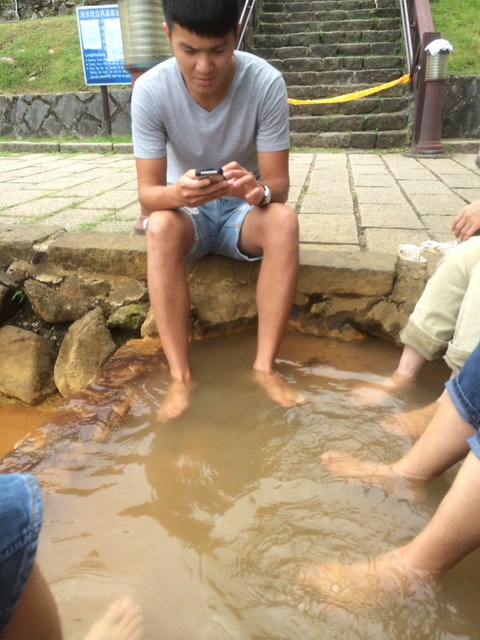 The young man in the above photo drove me and another exchange student all around Taipei. He is the son of the current Chungho Fullmay Rotary Club president. He brought his girlfriend along. She’d just bought a fish=eye iPhone attachment as well as a monopod phone thing: 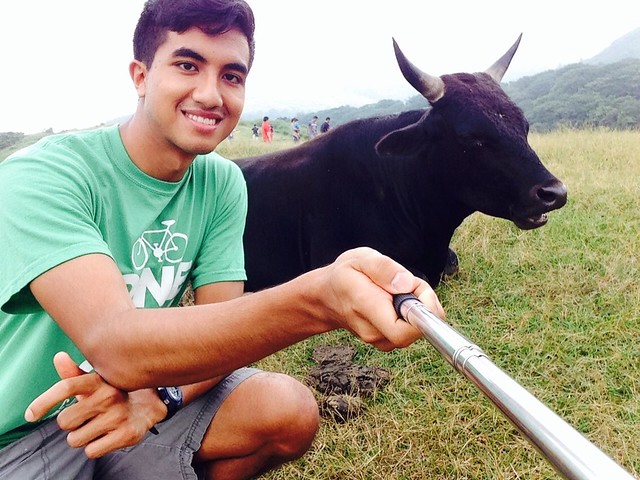 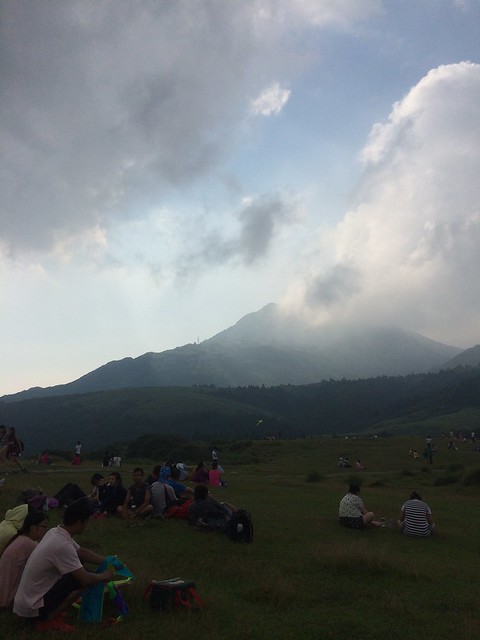 The mountains aren’t that tall, Qixing being only 1,120m, and the four mountains were all connected by rolling, grassy hills. The grass was super tall in some places. 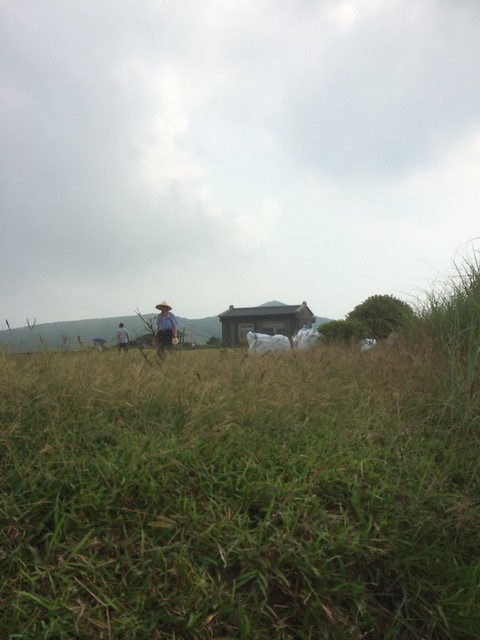 The grass’d brought cows, which brought cow chips that scattered the grassy hills. Some were fresh and some were dried. The exchange student and I shared a laugh over one that had apparently be used as an ashtray.

The freshest cow chip was one about ten seconds old from a cow that was crossing the walking path. After it’d almost tripped on the rope handrail, it pooped on the gravel path and continued, going down the hill and towards a shepherd who yelled in a deep, hoarse voice at the cows. The tourists around us all looked towards the dark shapes of the cows as they moved through the sea of grass, down the mountain, mooing all the way.