My classmates’d planned to go grilling meat since the Mid-Autumn Festival (the Taiwanese way of celebrating the festival is to grill meat while people in China celebrate with duck and moon cakes) when I told my classmates that I’d had hotpot instead of grilling meat.

It was the day after a typhoon so there were still lingering showers, and we walked for about 20 minutes in the rain to a grilled meat restaurant. 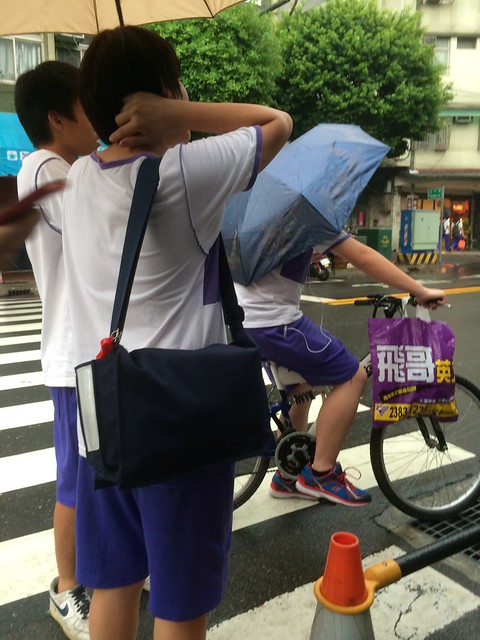 These two classmates are a good team. These two didn’t even look up from the screen whenever we crossed streets : 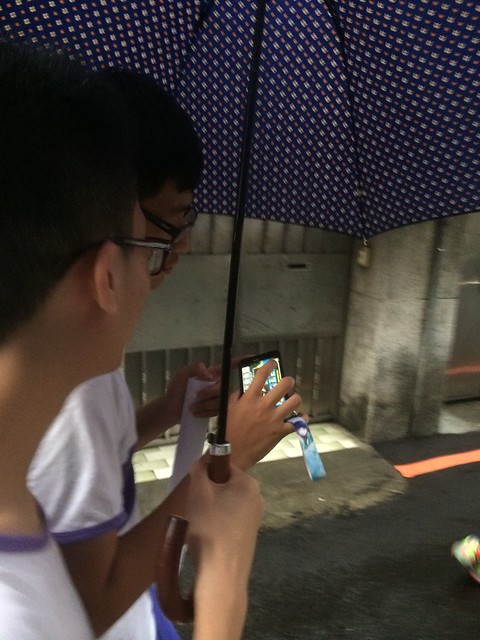 At the grilled meat restaurant, we each payed NT$500 for unlimited meat, soda, and ice cream. The meat was raw and sliced thinly and came in large plates. 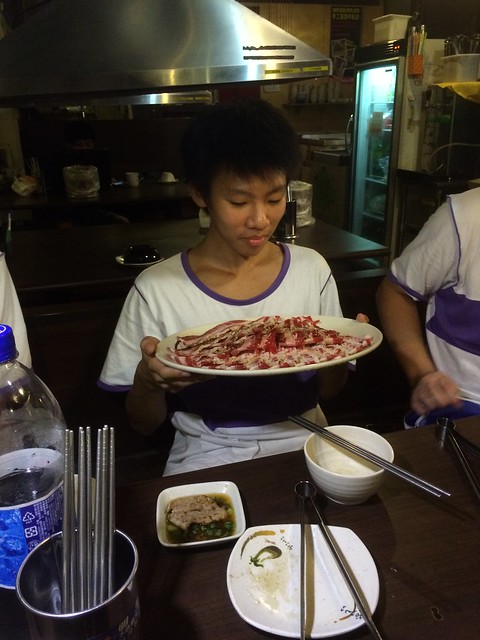 Each table had two grilling pots, which were filled with hot coals and topped with a metal grill mesh. We were each given a pair of metal tongs but one student took over the grilling and kept bragging about his expertise. None of us complained though, because it was like having our own personal chef. 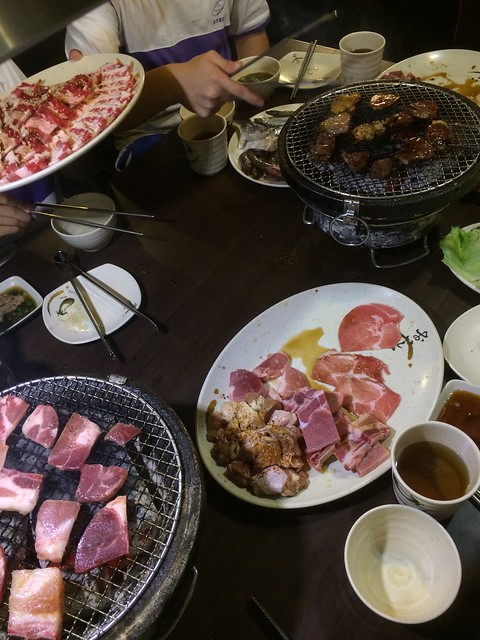 He liked to slap the meat with the tongs. When the oil from the meat dripped onto the coals, flames would pop up. 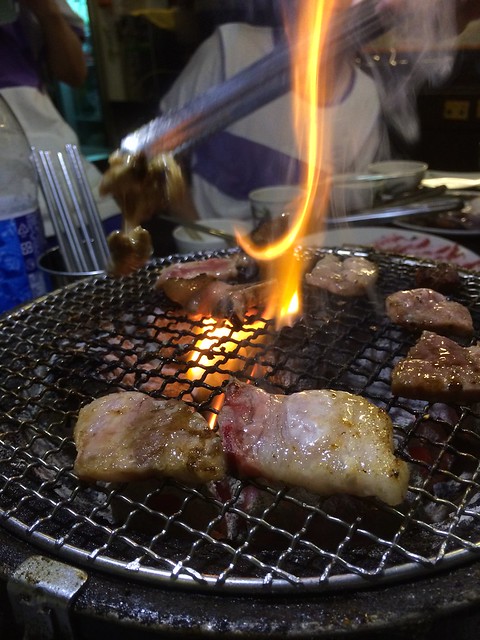 Everyone’s favorite was bacon and in Chinese it’s pronounced like “Pagan”. It was the thinnest and therefore grilled the fastest and held the most flavor when you dipped it in sauce. 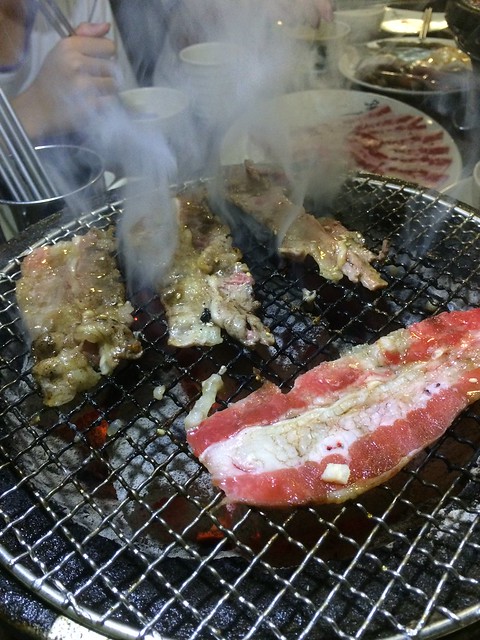 My classmates all had a great time. One table was noticeably more lively because the people at the other table were addicted to their smartphone game. 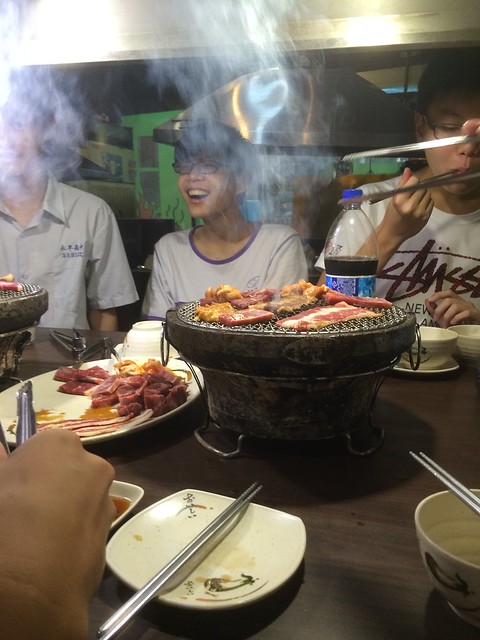 We were given ice cubes to extinguish any flames caused by dripping oil. We might’ve been using them incorrectly: 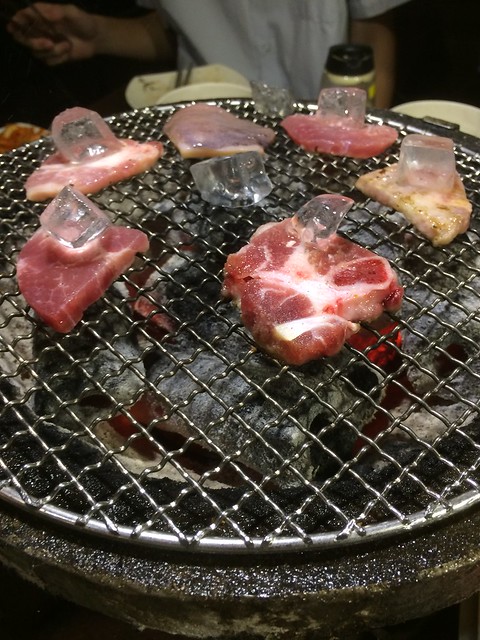 In the end, we’d all gotten too much smoke in our faces and stepping outside into the rain was soothing. Overall, I enjoyed grilling meat. Although there weren’t any vegetables and it was slightly expensive, I had a good time with my classmates and laughed a ton, which always happens when we’re together.