My favorite part about my second trip to Yi Lan was going to the ocean. Yi Lan is on the East coast of Taiwan, and is about a one hour drive away from Taipei.

At the beach, the waves were the largest I think I’ve ever seen in person. I tried to take some action shots with my iPhone, but iPhones only specialize in close-up photos. 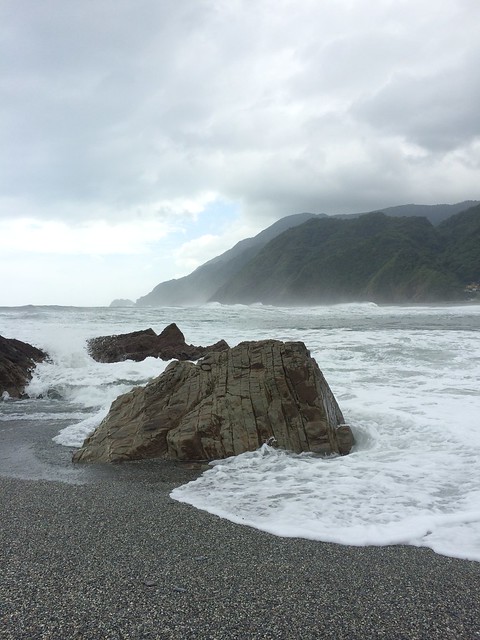 The sand at this beach was more like black pebbles and less like the brown thin sand that we have in America. There are lots of pieces of driftwood and beautiful stones on the beach. 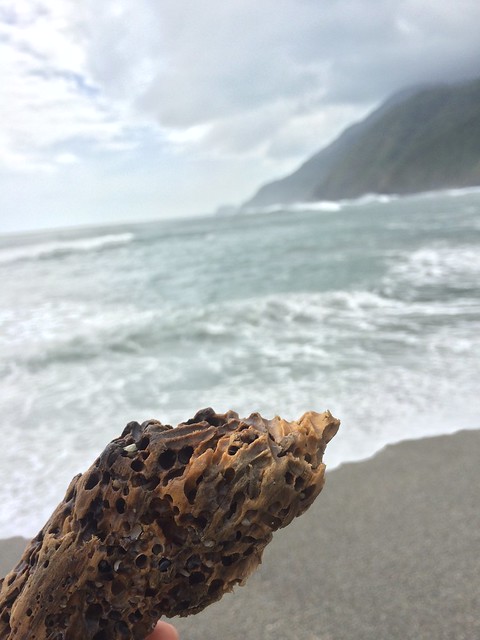 At the base of the wave in the picture below, you can see a black semi-circle. That is a flat rock that is being lifted up from the beach by the wave. When the waves come in really hard, you can see rocks flip up into the air like small fish. 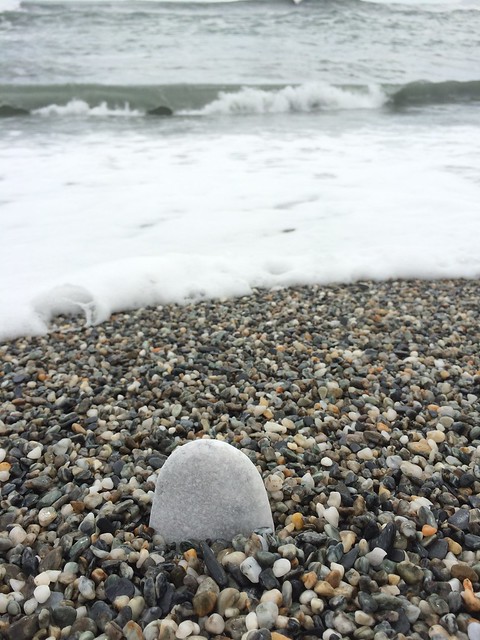 Unfortunately, the beautiful sea turned into a scary scene the next day.

We’d just picked up a Vietnamese study abroad college student from the Yi Lan train station so we took her to the beach again because it’s a must-see location. The sky was getting dark and the wind was picking up because of a typhoon that was traveling North along Taiwan’s East coast and heading for Japan. Rain drops occasionally dropped down but then went away.

I snapped this photo of the sunset (but it is cloudy so you can’t see the sun). 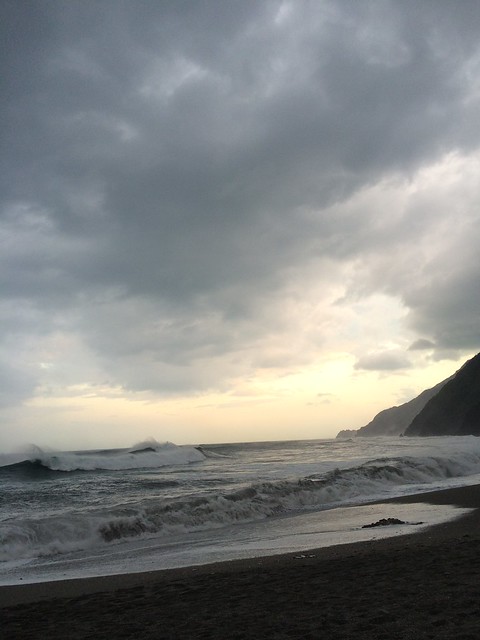 The waves look small but if you look at the bunch of trash rags on the ground in the bottom right area of the photo, that bunch of rags was about the length of a human. So the waves are the height of an adult or higher. They look pretty close because they are extremely large waves, but they are actually far away.

I took the photo right after arriving at the beach. I walked through a wall of people who were lined on the edge of the sand, looking out into the waves and took the photo. The family friend that I was with overheard some people in the crowd who were speaking Taiwanese (which I can’t understand) and I was told that the undertow of the waves had pulled in a 60+ year old woman.

We all sat down on a hill overlooking the waves and watched as emergency workers arrived at the scene and had nothing to do but walk up and down the beach. The waves were too dangerous to do anything. I can’t imagine how frustrating it must’ve been for the family members of the old woman. It was very horrifying to look at the waves and imagine the body of the woman within the grey tumult. We left when it got too dark.

Just a day before, we were walking along the steep shores and letting the waves touch our feet, and today the same waves killed somebody. 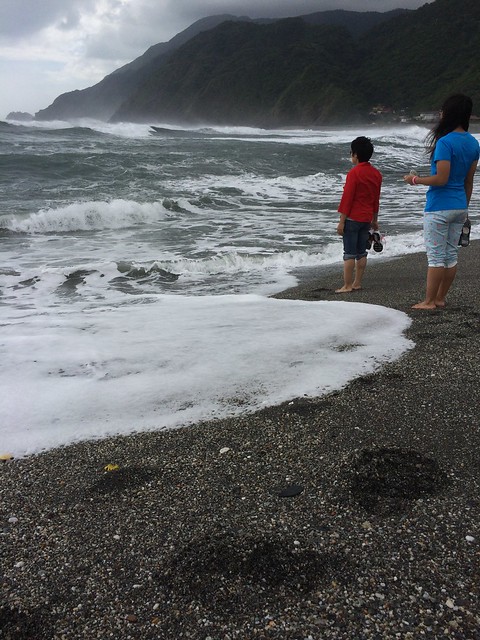