The major writing utensil in American schools is the No. 2 pencil. Sometimes its portrayed as a big yellow wooden one with a juicy pink eraser, and nowadays I see more mechanical pencils.

A group of foreigners found in Taiwan: mechanical pencils, No. 2 lead, a Bic ballpoint pen, and two pink erasers.

New additions to my pencil case. In the back is a white-out dispenser. The largest pen was handed out as an advertisement for a cram school. Free pen!

Students in Taiwan rarely use pencils. They use pens all the time and therefore need white-out as an eraser.

One theory of mine is that Chinese characters are closer together. Writing one Chinese character takes up the space of two English letters. Looking at a paragraph of Chinese characters looks like a solid block of ink while looking at English paragraphs, you can often see each line. Students here have to be much more precise when they write. Therefore, they use pens.

And they are different from the  pens that I used in America. The pens can be ballpoint but super thin. You can’t really see the ball on the tip of the pen like you can with pens in America. The pens make scratchy sounds when you write really fast, like the quill in Harry Potter and the Chamber of Secrets.

This weekend we went to Academia Sinica in Taipei, which is a pretty big research park. On the bus ride there and back, one classmate brought his Sony tablet on the giant tour bus and sat in the back playing Deemo.

Deemo is a game that’s like Guitar Hero, with buttons flowing down towards you like the credits of Star Wars in the opposite direction. There aren’t six strings like guitar hero. Instead there is a ghostly white line at the bottom of the screen, and you’re supposed to tap the dots as they hit the line. 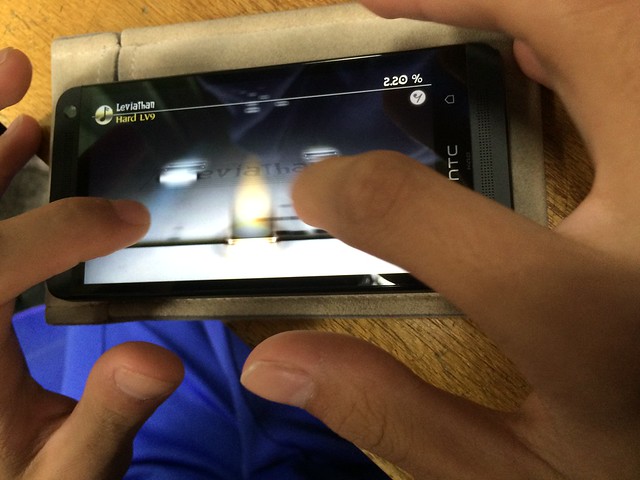 The whole theme of Deemo is creepy and under worldly, with zombie-like characters that are supposed to look cute. There is a story line to the game but I don’t really want to know what it is. 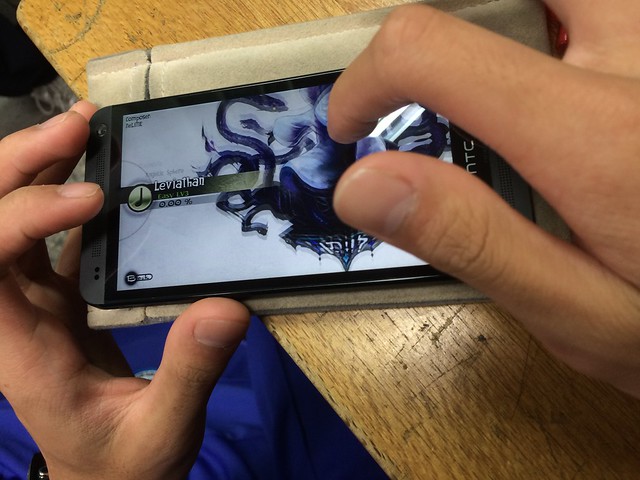 This entire week, Deemo has been appearing on the phone screens of classmates in between classes and during lunch and nap time. You can hear eerie piano music if you walk to the far end of the classroom, where classmates are clumped against the cabinets, obscured by desks and chairs from the eyes in the hallway. 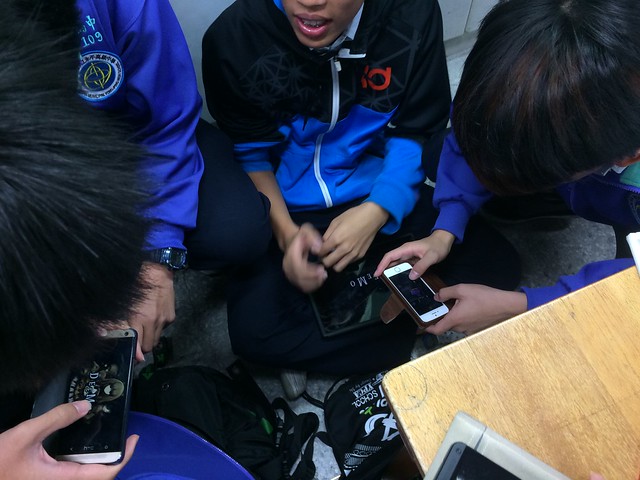 It’s hilarious to see some students become possessed by the creepy music and tap ferociously at their screens. In high schools in America, social media was much more important than games. Phone games were seen as childish. But in Taiwanese high schools, games are just as important as social media. Girls play phone games here too.