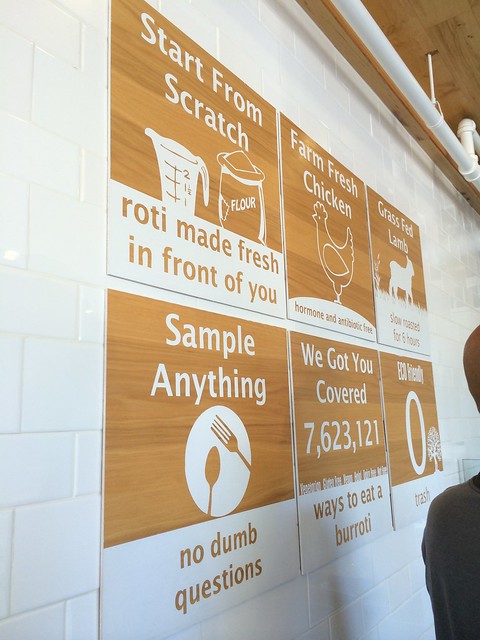 Wooden designs plus clean silver or white fonts and steel-looking table tops made Tava even more like Chipotle.

They had three options: Burroti, Bowl (rice), or Salad.

Burroti is a play on the word burrito and roti. Roti is basically an Indian flatbread or pancake. Burroti is therefore a burrito but with a roti instead of tortilla.

The rotis are kept in small balls. To quickly prepare them, the server places one in the center of the circular machine that he has his hand on in the photo above, and presses down on it with the handle for around five seconds, and that’s an insta-roti.

You could choose from four types of protein: Chicken, Lamb, Chickpea, and Paneer (cheese). Then you got to choose between two sauces: Creamy or daal (lentils). You could add five different types of chutneys (salsa). Like Chipotle, you could have rice, onions, tomatoes, and cilantro. 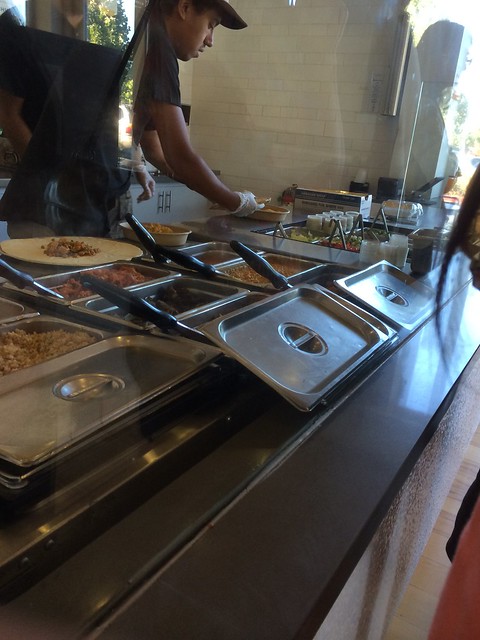 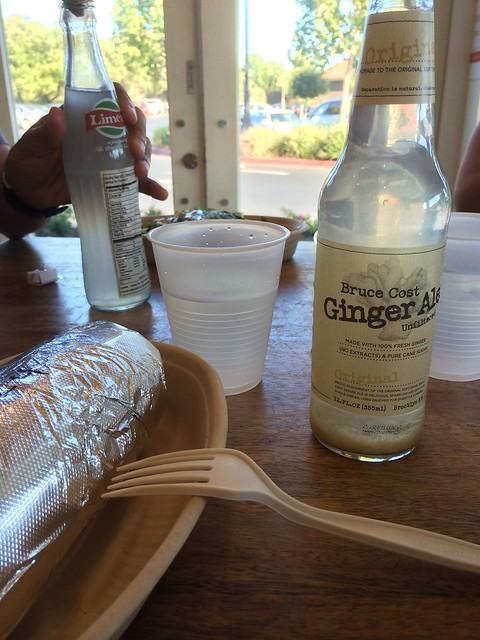 The burritos were served in aluminum foil but also in biodegradable cardboard containers and all the silverware was also eco-friendly.

The roti worked well as a tortilla on a burrito. It was a bit thicker than a tortilla but softer as well, making the burrito much more chewy. Unfortunately, the extra thickness made the burrito smaller than the burritos at Chipotle. I was not as full as I usually am after eating at Chipotle. Maybe it’s because I didn’t have any guacamole or cream cheese in my burroti like I would in a burrito at Chipotle. 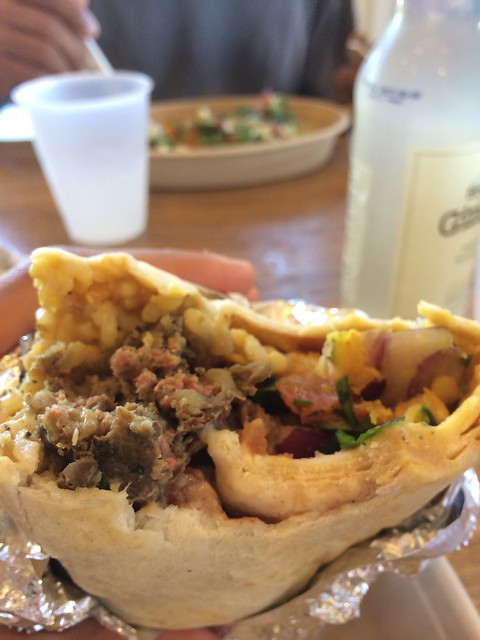 Towards the end of the meal I tried out two different types of chutney that my mom’d brought over from the server. The small plastic cups were the typical ones that you find at restaurants, with small bases that widen to a large opening. I was in the heat of the moment (actually literally, because my mouth was on fire from the peppers on my burroti but I wanted more of that spice! ), and pulled at the plastic cup too fast and it rolled out of my hand and onto my pants and shirt. 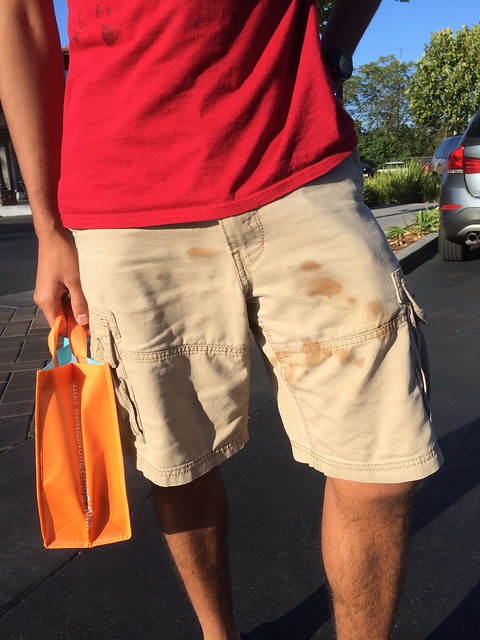 I could barely smell the chutney on my pants and shirt after wiping it up. It reminds me of the time I spilled honey dijon salad dressing on my shirt in the middle of a 14 hour flight to China and had to sit through the entire flight with the sickening smell right under my nose because I couldn’t get up and change into another shirt because it was in a suitcase that we couldn’t get to. I am almost 100% sure that my family’s suitcase in the overhead compartment had extra clothes in it for me, but I don’t know why I didn’t eventually get a fresh change of clothes.

But I digress. In conclusion, the food at Tava Indian Kitchen was pretty simple and fast, and there are so many combinations (you can see in the first photo in this post that there are +7,000,000 different combinations for a burroti) that I’m sure anyone who goes to Tava will eventually find something that’ll hit the spot.

Today was another day of great views while driving. The drive in the remainder of Utah after Salt Lake City and the first portion of Nevada, with the exception of ten minutes of mountains, was much flatter than yesterday’s drive. My family realized that we all like flatter landscapes as opposed to hilly landscapes, even though we all assumed that we were tired of the flatness of Illinois.

The flat roads played tricks on our eyes like I’d only seen happen in the movies. In the very West portion of Utah the land was really flat and we thought we’d seen a lake in the distance, only to find out that it was a mirage when we drove closer.

A few minutes later we stopped at a rest area near the Utah-Nevada border that was definitely the most interesting one we’ve stopped at so far.

Before this rest area, we’d seen small salt fields, probably 100 square meters at most. Behind this rest area was a salt field that extended into the horizon. It looked exactly like a snow-covered iced-over lake. The late morning sun reflecting off the nearly perfect whiteness led to some really cool photos.

The last stop we made before lodging at Winnemucca was the California Trail Interpretive Center in Elko, Nevada. It was crammed with senior citizens that came in a group which arrived in a large black charter bus. The center had many interactive displays and videos about the gold rush and the hardships that people faced between 1841 and 1869 traveling in covered wagons to reach California.

We learned that America had been populated with tons of buffalo before the settlers came in and wastefully killed most of them. We got a little bit of an idea of how difficult the journey was; settlers were traveling around 15 miles a day by wagon or by foot, and the sick and dying  were often left on the side of the road. The trail was littered with dead animal carcasses, broken wagons, and all sorts of luggage that was discarded to lighten the load for tiring pack animals.

It is hard to imagine how difficult it had to have been for these settlers to travel the distance we’d covered on our Journey West. We were exhausted at the end of each day from sitting in a car, while these settlers covered the distance the hard way. We have so many measures of security with technology nowadays but the settlers were risking their lives for an unknown future.